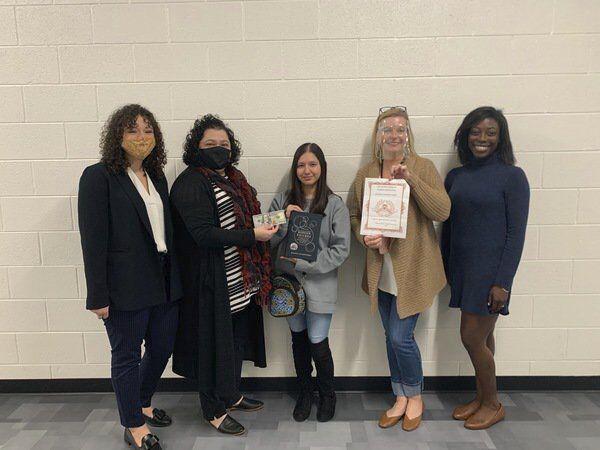 Jazmin Madrigal, a student at Valley Point Middle School, was the winner of an essay contest titled â€œHidden Figures Throughout History: Women of Color Who Made a Difference.”

Sponsors of the contest were the NAACP, the Creative Arts Guild, the Latin American Association and the League of Women Voters of the Dalton Area.

Jazmin received a cash prize in addition to a free class at the Creative Arts Guild. Her teacher, Kathy Newberry, received 120 â€œHidden Figuresâ€ books to be used in the classroom.

â€œWe want to congratulate Jazmin and her teacher, Kathy Newberry, as winners of our contest. Because of COVID, the announcement was delayed from last spring and was originally a part of the Leagueâ€™s 100th anniversary celebration,â€ said League representative Debby Peppers. â€œAll the sponsors were excited to participate in this project, and we hope it proves to be a learning experience for all the students.â€

We are making critical coverage of the coronavirus available for free. Please consider subscribing so we can continue to bring you the latest news and information on this developing story.